The Different ways of Charcoal Cooking

There are several different forms of cooking on a Weber.  You can cook with gas, with smoke but the tastiest by far is cooking with charcoal.

Not all fuel is created equal.  If you are going to go the trouble of cooking by charcoal make sure it is a quality product. This type of fuel releases small amounts of aroma that generate from the original smell of the tree. Smell the charcoal before you buy it as there are different types available. When you smell the wood try to imagine if that is the taste you want throughout your food. Try to choose bags with big lumps. Around the size of your fist is a good comparison. Also, make sure you can see some real wood grain.

Lump charcoal – This form of charcoal fuel is actually hardwood. It is turned into lump charcoal by heating the hardwood at a high temperature with minimal exposure to oxygen.  Any liquid in the wood including moisture, sap and resin are vaporised. The result is combustible carbon. Over time the large logs break apart leaving the smaller lumps. This form of fuel lights quickly and maintains an even temperature.

Comparison – Is quick to light and creates an aromatic scent generated from the type of wood it originates from.

Weber briquettes – Still using hardwood, briquettes are rammed black pillow shaped coals that are generated from crushed pieces of hardwood charcoal.  Natural starch binds them together. They burn longer than lump charcoal as they are so tightly packed together. If there is no scent emanating from this charcoal add some wood chips around the edge of the briquettes. They are also more cost-effective because of their longer burn time.

Comparison – Maintains a longer and more even burn than lump charcoal. Emanates a less woody aroma.

Standard charcoal briquettes – This fuel is comprised of different sources including limestone and clay with cornstarch binding. They are packed bundles of ground charcoal and are the most widely available on the market. They are not as good at producing heat as lump or hardwood charcoal but they do hold a steady temperature. They often burn longer than briquettes.  Consider adding some wood chips to create a unique flavour. Forget eating the meal, everyone will enjoy the aromas long before the first bite!

Comparison – Enjoys a long burning time and maintains an even temperature.

Which fuel assembly is best for you?

One of the most commonly used is the two-fire zone configuration.  It covers a wide range of foods. This method incorporates both the direct and indirect method of cooking.  With direct cooking, the food cooks above the coals. Indirect cooking is when the food cooks above and to the side of the coals. Direct heat is best used for smaller, tender pieces of meat that cook quickly such as fish, sliced vegetables, boneless chicken and chops. The result of direct cooking is to sear the outside of the food quickly yet cook through to the middle. Indirect heat is good for larger and tougher cuts of meat that generally take longer to cook such as roasts or whole chickens. This method still cooks the outside of the meat and also inside in a much more even way.

A three-zone fire assembly gives you even more options for cooking. One side of the grill has a pile of coals pack 2-3 deep. Slope the coals down to a single layer across the centre of the cooker and do not place any coals on the other side. When the coals have reduced to ash, let them burn for ten to twenty minutes. Now you have the direct high heat on one side, direct medium heat in the middle and indirect on the other side.

A three-zone split comprises of the coals being separated into two equal piles on opposite sides of the charcoal grate. This creates two zones for direct heat and one between them for indirect heat. This is especially helpful with roasts.

By placing a disposable pan in between the coals then filing them halfway with water lets you trap the drips from the grill. This lengthens the life of the grill as it remains clean.  Also, the water releases and absorbs heat. A full pan indicates you won’t need to add charcoal as much to maintain the temperature of the cooker.

This method is simple and easy to remember. All you do is place the charcoal in a ring-like configuration and this will provide direct and indirect heat. The coals on the outside provide the direct heat. The empty area in the middle creates the indirect cooking method.

This method is the reverse of the ring of fire. The coal is piled up into the centre of the charcoal grate. There is a limited area of direct heat, then an area around the edges for indirect heat. This allows you to slow cook and gently warm food.

How do I know when my food is ready?

There is no reason not to cut open your steak to check its colour. If you’re concerned it will be less presentable simply place the cut side down on the plate. When it’s cooked to your liking, flip the steak and press the middle with your finger. See how the meat feels then next time you won’t even need to cut your steak open to see whether it’s cooked or not.

The easiest way to guarantee your red meat every time is with a meat thermometer. Make sure you insert the probe into the middle of the meat.

This one is easy, you just need to set a timer. It is the more widely accepted way to cook fish. Whatever the recommended cooking time is cooking the first side for 70% of the time and the other side for 30%.

Heat and Grill have a range of accessories to complement a charcoal cooker. 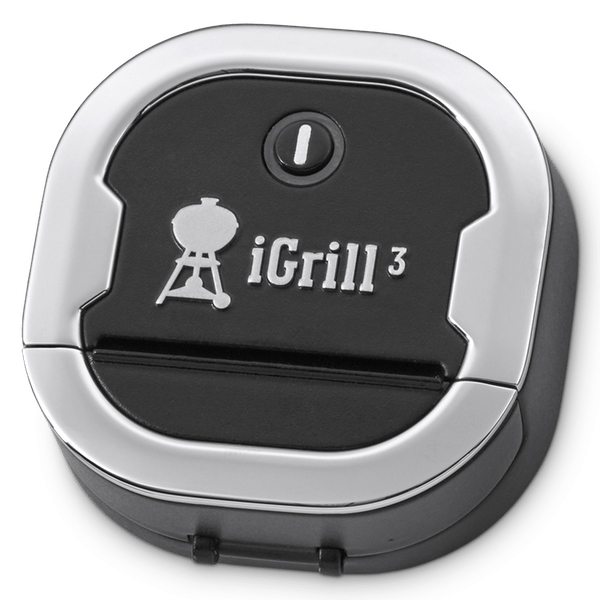