Pizza started in the 10th century in a little town in Italy called Naples. It is believed some village women got together to create a tasty snack for their children by cooking flat bread with some tomato sauce and cheese on top. It didn’t really go any further than this. Fast forward to 1905 when first pizzeria called “Lombardi’s” opened and began serving pizza to the locals. Pizza is now a popular favourite in over 150,000 countries in the world.

Why not observe this very special day with an Australian flavour? Entertain the whole family with pizza cooked on the Weber BBQ. It will be like no other pizza you have tasted before. Here’s a recipe variations to please all your guests..

PS – make the dough from scratch, it’s worth it!

# 1 Make the dough by mixing the yeast, sugar and water in a jug. Set the mixture aside for 5 minutes, or until it starts to become frothy. Place the flour, semolina and salt in a large bowl, add the yeast mixture, as well as the oil. Mix together using your hands until a dough starts to form. Remove from the bowl and knead on a floured surface for 5 minutes, or until smooth. Place the dough in a floured bowl and cover with plastic. Rest in a warm spot, and leave until the dough has doubled in size, approximately 60 minutes.

# 2 Create the sauce by placing all the ingredients in a saucepan. Cook over a low heat for 10 minutes, stirring occasionally. Once the sauce is cooked, remove from heat and leave to cool.

# 3 Once the dough has risen separate the mixture into three equal parts. On a floured surface roll out the dough. Dust a piece of baking paper big enough to place the pizza base on with fine semolina.

# 4 To prepare the BBQ for cooking pizza over high heat (260-290 degrees),place the pizza or grilling stone in the centre of the cooking grills. Turning the control knobs to high. Preheat until the temperature has reached at least 290 degrees. This will take between 15 to 20 minutes. Make sure the lid is closed.

# 5 Once the barbecue is preheated, adjust the control knob(s) to one notch lower than High. With the back of a spoon spread the prepared sauce evenly over the base. Add your favourite toppings on top of the sauce. Slide the pizza off the paper straight onto the stone.

Cook for around 14-16 minutes, or until the base is crisp and the cheese is oozing orbubbling. Remove from the barbecue. Add chilli and basil if desired.

If you are using a premade base be sure to reduce the temp to 240-260 degrees. Do this by adjusting the control knob to one notch further than medium.

Tracking its origin back to 1885 in Hamburg, Germany the only variation on the humble hamburger has been it is now served in a bun, not 2 slices of bread which was its original carriage service.

There is nothing better than a flavoursome, juicy perfectly cooked burger. Make yours from scratch, they are so easy and better than anything else you will pay money for at a drive through window

# 1 Combine the mince, egg, bread crumbs, parsley, onion, garlic, salt and pepper in a large bowl until well combined. Separate the mixture into 4 equal portions. Roll the separate portions into a ball and then flatten with the palm of your hand. A good size guide is about a thickness of 1 cm.

# 2 Make an indentation into the centre of the patty with your thumb. This assists the patties to keep a consistent thickness during cooking. Once the preparation for the patties is finished, place in the fridge for 30 minutes.

# 3 We will be using the direct cooking method so preheat the barbecue with the hotplate. Once the barbecue is preheated, turn all the knobs to medium. Place the hamburgers on the hotplate and press down with the back of a flat cooking utensil.

# 5 When the patties are cooked, remove from the grill and put aside for resting. While this process takes place, arrange the burger buns on the grill and cook for one minute.

# 6 Remove the buns from the grill and assemble the burgers using the lettuce leaves and your favourite burger sauce.

I’m not quite sure steak requires a national day primary for the fact that it’s actually a national pastime. Australia has the best meat in the world and the dietary benefits are significant. Good meat contains a high level of protein, zinc and iron. Do not overlook steak as a family meal due to cost. Ask your butcher for smaller cuts or get them to cut a medium to large piece in half so the whole family can enjoy a great meal. 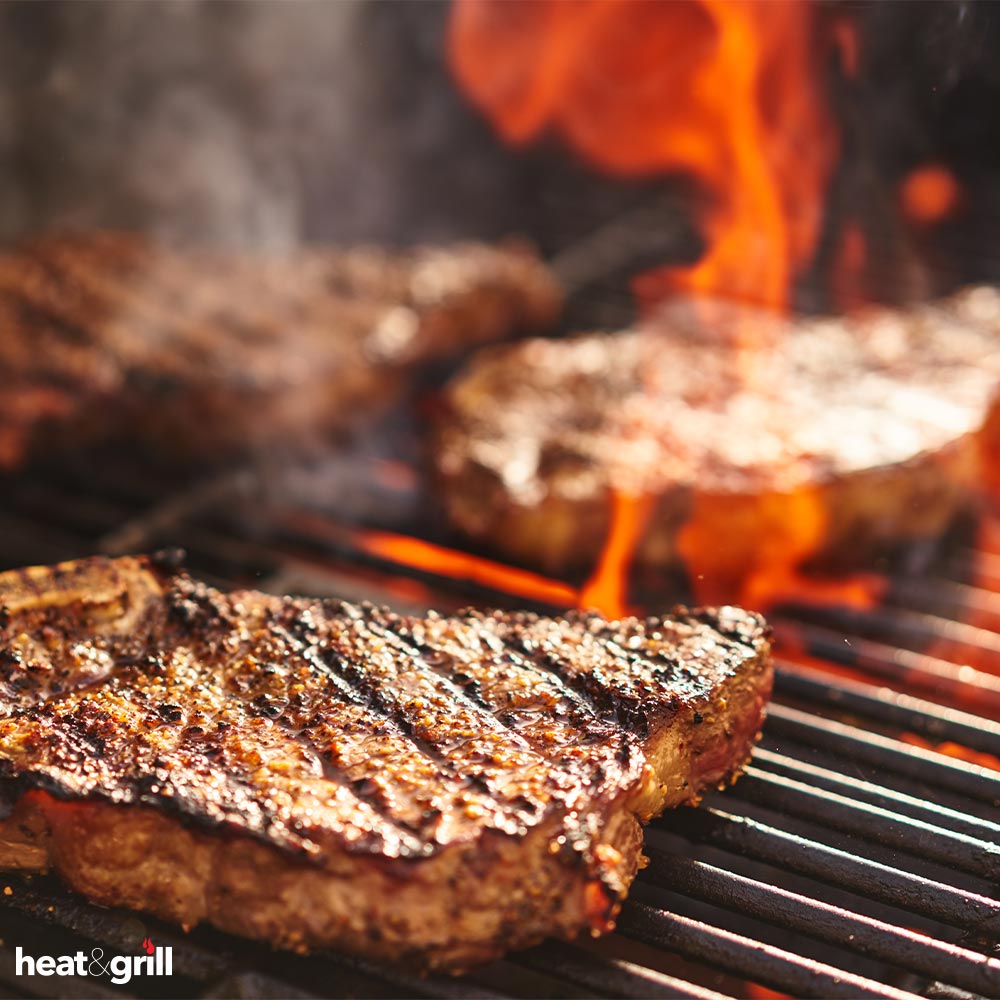 # 1 Remove the steak from the fridge and lightly brush with olive oil. Season with the salt and pepper. Let sit for approximately 30 mins or until the meat reaches room temperature.

# 2 Steak requires a direct cooking method. The BBQ needs to be preheated. Once this is done leave the temperature on high

# 3 Arrange the steaks on the grill. Using the back of the tongs, gently press down on the steak to ensure consistent contact with the grill.

# 4 Lower the lid and cook for between 3 and 6 minutes per side, depending on how well done you would like the steak cooked (see timing guide). Turn the steak only once (otherwise the steak will dry out), halfway through the total cooking time.

# 5 Remove the steak from the grill and rest for approximately 5 minutes.